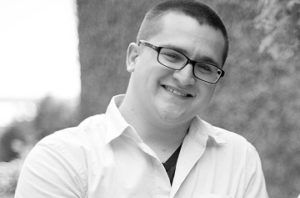 Born and raised in Bridgeport, NY, read on to find out how this former teacher found his way into the crawlspace waterproofing industry.

Josh Landrio was born and raised in Bridgeport, New York. At age 18, he left home to go live in Arizona with his grandfather who owned a lumberyard. Unbeknownst to Josh, at the time of his move, his grandfather was facing difficulties as the result of an economic downturn and was forced to lay off over 200 of his employees. A few weeks after his move, Josh was able to acquire a job on a nearby farm as a laborer. While he enjoyed the outdoor work at this job for a while he decided he wanted to do something different with his life. His next job was interesting for a young man in that he spent time traveling, visiting places such as California, the Grand Canyon, Flagstaff and Sedona, AZ. Of all the places he’s traveled to, Josh fell in love with Sedona and it is the inspiration behind the naming of this business some years later.

About two years later, Josh returned to New York and fate led him to meet his wife. This precipitated a move to Long Island and then to Boston to be closer to her. In Boston, he spent 4 years working as a teacher with autistic children. Josh describes this experience as one of the most rewarding times of his life. When the time finally came to put down some roots, Josh and his wife decided that Charlotte’s economy and housing market were ideal. It was after moving to Charlotte that Josh began working as a crawlspace technician. He had always enjoyed working outdoors and was comfortable with getting his hands dirty.  The industry proved to become his passion as he steadily made his way up the ranks, moving from service technician to foreman and then to sales before ultimately deciding to start his own business. Josh founded Sedona Waterproofing Solutions. When he thought back to the beauty of Sedona and the dry atmosphere in Arizona, the idea came to him to create a company that would keep your crawl space as dry as the desert.

Sedona Waterproofing Solutions currently operates out of Concord, North Carolina where Josh and his family live. Sedona Waterproofing Solutions currently offers crawl space care, encapsulation, repair, maintenance and more. Josh also recently announced that his company will be partnering with FEMA (Federal Emergency Management Agency) to repair damages done to crawlspaces, repair outside drainage as well as remove mold from homes in Texas & South Carolina that were affected by hurricanes in 2017. Josh continues to work hard to ensure that his company offers the best techniques and the latest equipment available in the industry. His employees are continually educated and trained in the intricacies and proper care of crawl spaces. Josh is committed to his clients and if you are looking to keep your crawl space dry as a desert, then contact Sedona Waterproofing Solution.